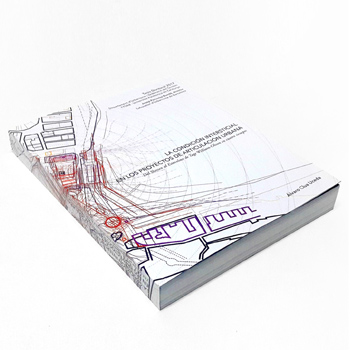 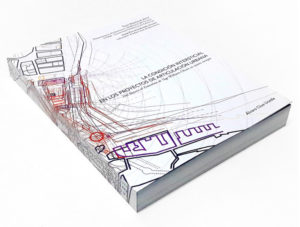 This document sets out the results of a comprehensive and consistent view on the interstitial condition present in urban articulation projects aimed at integrating different parts of a city. This retrospective study is based on the hypothesis that these interstitial places are a unique field of action for the practice of the urban project and that these areas could be used as strategic spaces for the transformation of the contemporary city.

More specifically, this work seeks to analyse the Slussen in Stockholm and, consequently, provide qualitative comparisons with a number of other 20th Century European urban folds which also demonstrate an attempt to go beyond the mere resolution of the geometric confluence in order to build a significant place for the whole.

How is this interstitial condition manifested in the urban support, in the design considerations, in the resonance on the city or in the diacronic evolution of those urban articulation projects?

This research is based on four overlapping dimensions which explain the life cycle of urban articulation projects: the interstitial place, the project of articulation as such, its resonance with other similar nodes of the city and, finally, its use, decay and renovation.

Following an excursus about the frame and theoretical background that justifies this research, the first chapter “Before Slussen. Attributes of the interstitial place” seeks to answer how the interstitial condition constitutes a unique support for the articulation projects. This chapter tries to define the attributes of these places according to their spatiality, their evolution in time and their programmatic intensity. The discussion is built on the basis of a number of comparisons between the Slussen and other similar case studies according to three different chronologies: 2016, 2016-1930 and 1930.

The second chapter of this work is titled “Inside Slussen. The project of urban articulation” and focuses on “how” such urban articulation projects are designed. The aim of this section is to identify the different mechanisms that might be used in such a project and which of these might justify the reference to Slussen as a “prototype”. The analysis is provided from the point of view of the architect confronted with the problem and, again, the methodology used in this section is based on an intentional sequence of concise dialogues between the Slussen and other case studies. This approach seeks to move the discussion on from a more historiographical argumentation -as represented in the bibliography- towards a more general consideration of concepts and design mechanisms.

The third ‘time’ of this research is entitled “From Slussen. From the prototype to the system” and aims to understand to what extent urban articulation projects are able to influence the whole city and what are their limitations in this regard. To do this, the analysis strictly focusses on Tage William-Olsson’s own projects for Stockholm and Göteborg in order to understand the fallout and subsequent decline of the ‘prototype-Slussen’ when applied to other locations.

The narration ends with a fourth and final look at the project, entitled: “After Slussen. Use, decay and renewal”. This section aims to shed light on the way in which the passage of time is expressed in this kind of urban project and how they can be qualitatively projected into the future. The analysis is firstly based on a diagnosis of those aspects that have led to the drastic deterioration of the 1935 Slussen and significant support for the tabula rasa option. Secondly, the dissertation offers a critical reading on the final process of transformation which began during the last decade of the twentieth century and which now is about to end in demolition.