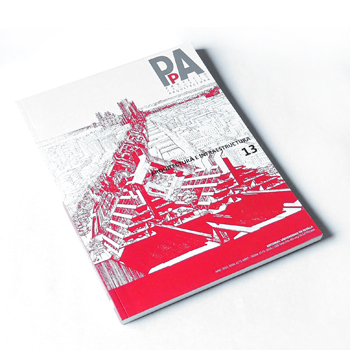 2015
“Slussen as a paradigm. Architecture and infrastructure in five stages”

“The Slussen urban project designed by architect Tage William-Olsson and engineer Gösta Lundborg between 1929 and 1935 in Stockholm, synthetically expresses the emergence of the automobile in the European cities at the beginning of the 20th century. The combination of more than thirty previous proposals highlight the evolution of a space in contradicting confrontation with infrastructure and the attempts to give an urban form to a strategic place between Gamla Stan and Södermalm. This article will summarise these declines in 5 successive stages: from the Slussen as a discussion in hydraulic engineering to its urban considerations, from the Slussen seen as a matter of architectural composition to the irruptions of the road forms, from the Slussen as a “traffic machine” to the discovery of its own aesthetic, from the gray Slussen to the architecture embedded in its interstices and finally, the understanding of Slussen as a fragile and unstable piece in the urban landscape of the “Venice of the North”. This evolution allows Slussen to be highlighted as a paradigmatic record of the implosion of traffic on the European city and a pioneering example of the interesting relationship between infrastructure and urbanity.”

2015 article “Slussen as a paradigm. Architecture and infrastructure in five stages”

Previous: 2015 2nd term adjunct lecturer
“The project of the urban transformation” · UPC-ETSAB
Next: 2016·01·25-26 seminar
“Slussen now: Towards an urbanity of the infrastructure”